Daniel Wuebben learned to surf at Rockaway Beach while earning his Ph.D. in English from the CUNY Graduate Center. From 2011 to 2015, as part of the University of California Santa Barbara Writing Program, he developed “Writing Waves,” a unit that helped undergraduates explore surfing as a beautiful and rigorous exchange of history, science, technology, sport, and culture. His interdisciplinary research has appeared in journals such as Victorian Literature and Culture, Computers and Composition, and Energy Research and Social Science. He is currently an Assistant Professor at the University of Nebraska Omaha, which is not far from the continental pole of inaccessibility (far far away from any surf break). After his first book, Power-Lined: Electricity, Landscape, and the American Mind, he hopes to focus his research on sustainable surf infrastructure and the environmental rhetoric used to protect surf breaks. 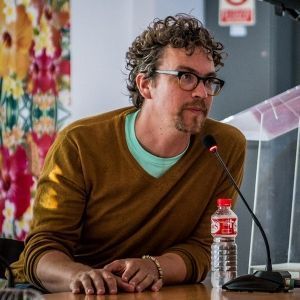