Her research is primarily in the areas of body theory and Medical Humanities as applied to the work of contemporary Irish poets and visual artists. She has published extensively on these themes, including two monographs and numerous essays in specialized journals and edited volumes. She is the editor of National Identities and Imperfections in Contemporary Irish Literature (Palgrave 2017) and curated performance artist Amanda Coogan for the Niemeyer Centre in 2016 and 2017.

But Luz Mar is also a lover of the sea and the oceans, which has in recent years led her also into the fields of Surf Studies and Blue Humanities. With Dexter Zavalza Hough-Snee she organized the seminar ‘New Directions in the Humanities: Surf Studies’ at the University of Oviedo (March 2017) and has lectured on the intersections of surf and gender, neo-colonial practices and environmentalism in recent literature, photography and visual arts on the themes of waves and surfing. She is currently curating artistic and performative interventions along the Atlantic coast.

Luz Mar grew up on the shores of the Cantabrian Sea, where she also lives. She inherited a profound love and respect for the sea from her parents. She craves island life if she doesn’t regularly go back to Ireland, her second home. She started surfing in 2016 and since then she knows that surfing is, more than anything else, a way of being in the world. And a way to be free. 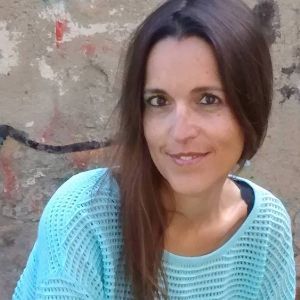