Vital: “necessary for the successor continued existence of something; extremely important”

For those who are lucky enough to meet him in person, they will know that the dictionary is perfectly defining Vital Alsar. His vitality, values, and love for the ocean make him an indispensable figure for any ocean lover.

Expeditionary and living legend of navigation, Vital Alsar has been a source of inspiration for thousands of people in different decades.

Born in 1933 in Santander, Cantabria (Spain) died on September 15, 2020, in Acapulco, Mexico, where he resided with his wife Denisse, his daughters Denise and Marina, and his grandchildren. His dedicated life of investigating man at sea, and his deep interest in seeking peace, made him feel in his own right “a citizen of the world and a universal citizen.”

A beloved person, with great values, a romantic of the sea and an essential figure in navigation, his life has been a source of inspiration for thousands of people of different generations for decades.

After his studies in commerce, obtaining the title of commercial professor and serving in the Legion to learn how to survive in extreme conditions, he left Spain at the age of twenty to work in countries such as France, Germany and Canada, where he began to develop his idea of ​​crossing the Pacific Ocean in a raft.

Vital began his journey far surpassing the feat of Thor Heyerdahl, whose expedition carried out in 1947 with the Kon-Tiki, traveled 3,770 nautical miles from South America to Polynesia under sail to demonstrate how the first settlers of those islands could be of origin. pre-Columbian. Vital not only demonstrated that they were able to go three times as far and reach Australia with pre-Columbian vessels but also carried a message of peace and brotherhood between men and cultures on their expeditions.

In 1966 he began La Pacifica, his first expedition on a pre-Inca raft with which he intended to travel from Ecuador to Moololaba in Australia, and with which after 143 days of navigation he was shipwrecked due to the attack of the teredo worm on the wood of the raft. 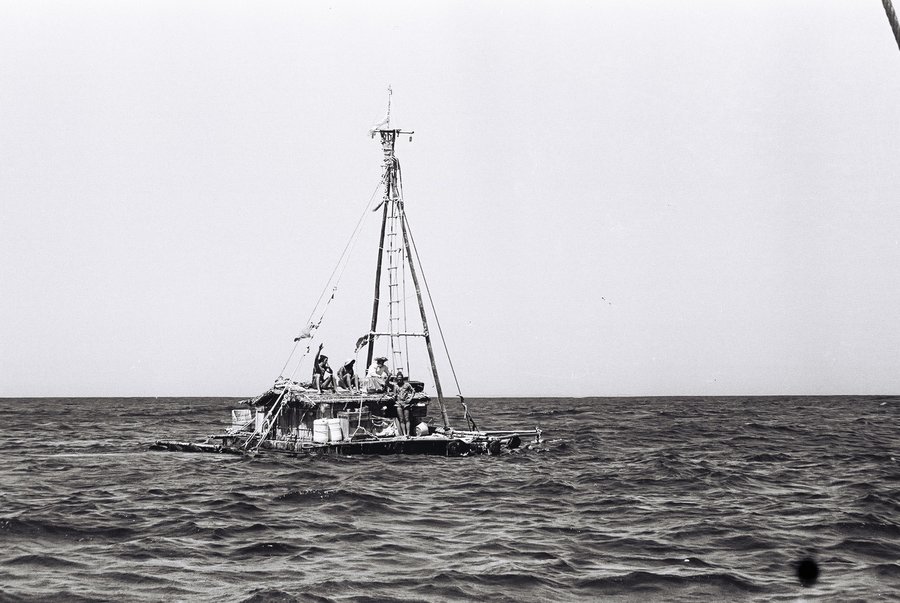 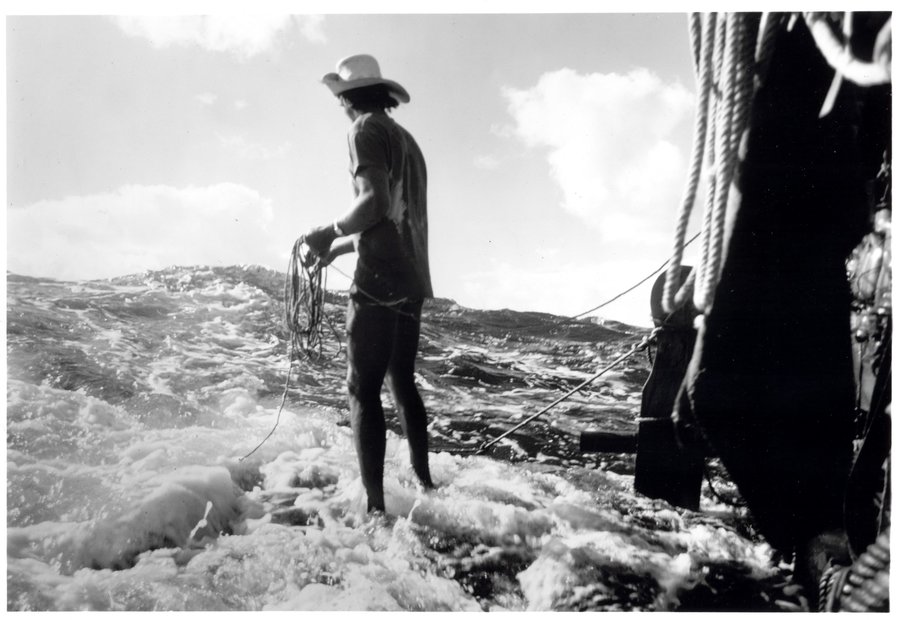 Four years later, he would try again on board La Balsa, another expedition in which he managed to reach the port of Mooloolaba in Australia after 161 days of travel and 8,565 nautical miles, given initial skepticism and disbelief by the media and the Australian press.

Unintentionally, his expedition achieved a Guinness Record for the longest trip in a raft. 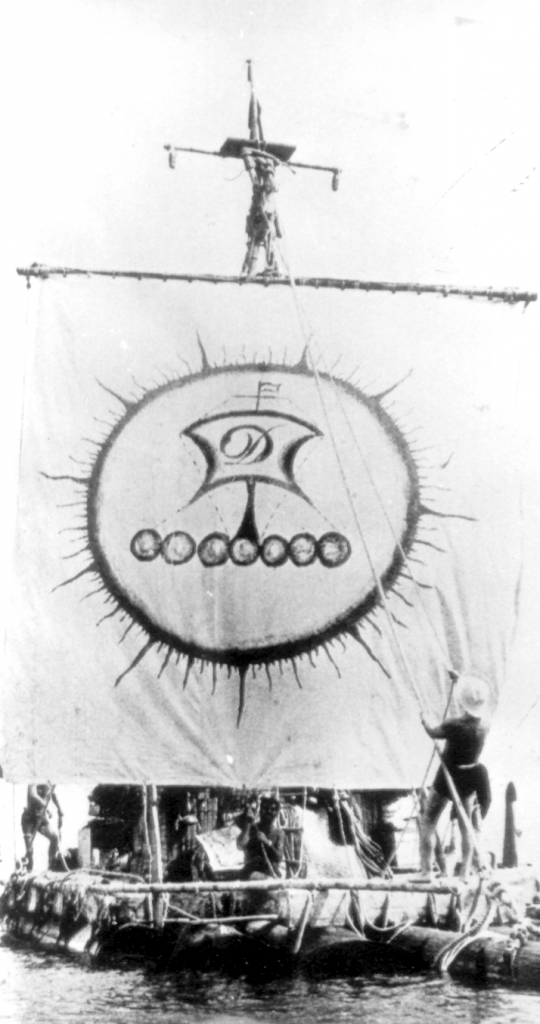 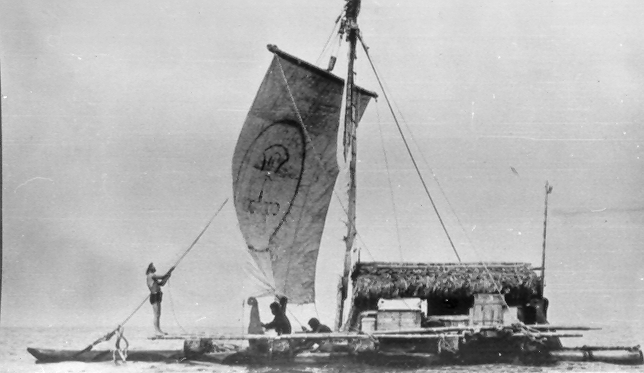 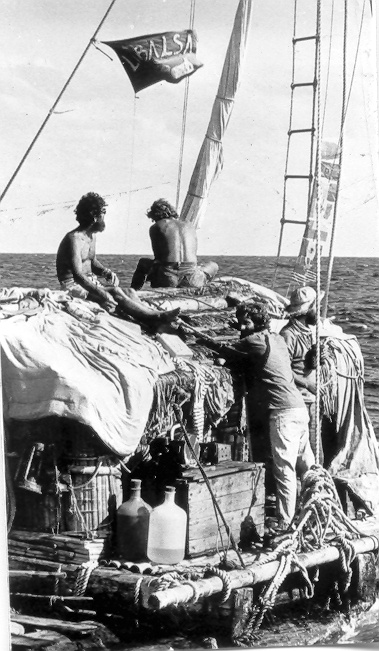 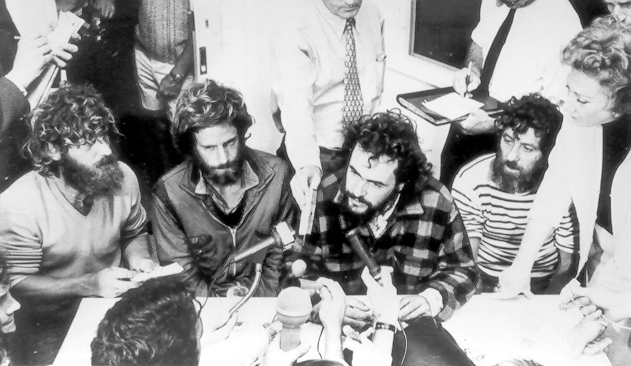 In 1973 he repeated the feat reaffirming his success by proving again that their arrival to Australia was not by chance. This time starting from Guayaquil (Ecuador) and reaching Ballina (Australia) on three rafts.

On his expeditions, he always wielded the white flag as a symbol of peace. His message of fraternity and freedom was also reflected in the sails. One of them painted by his friend Salvador Dalí. 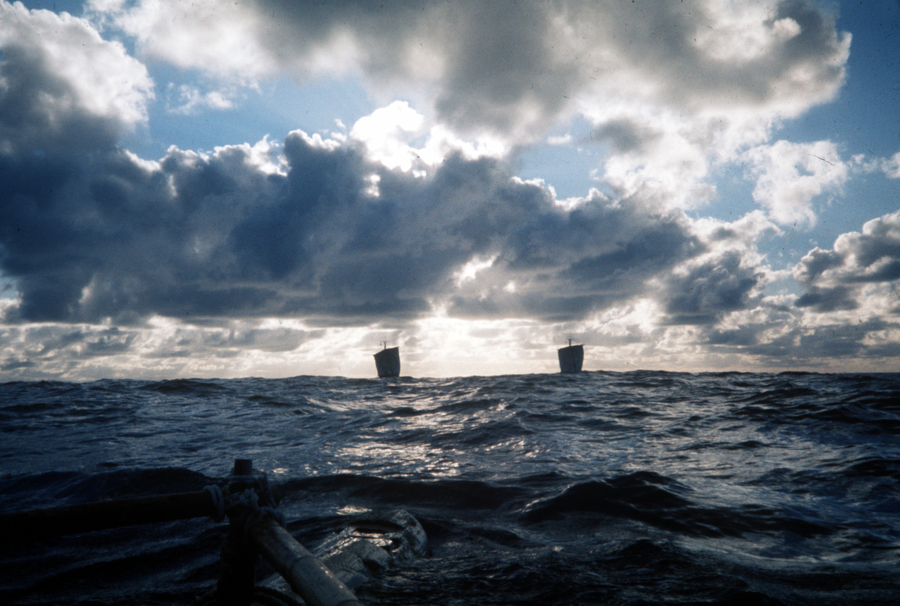 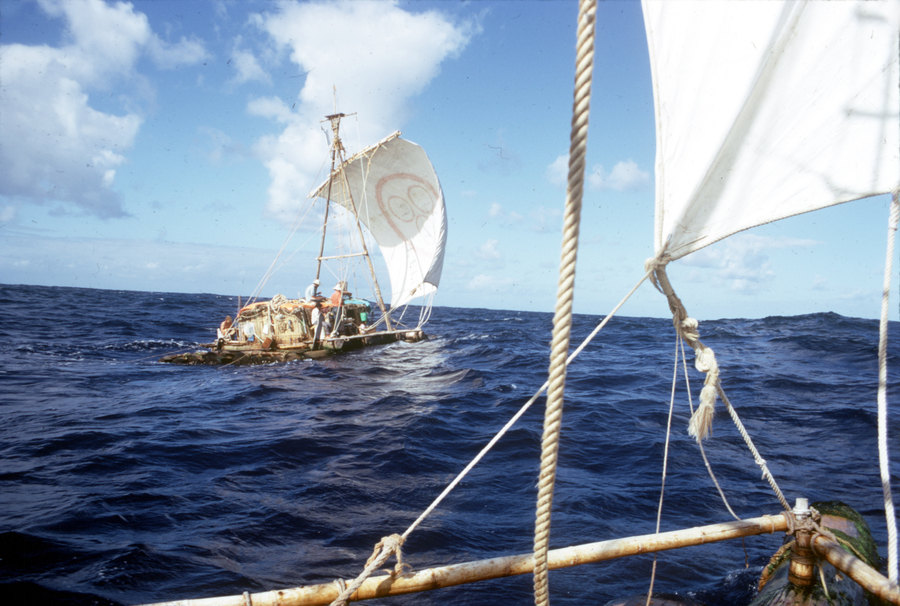 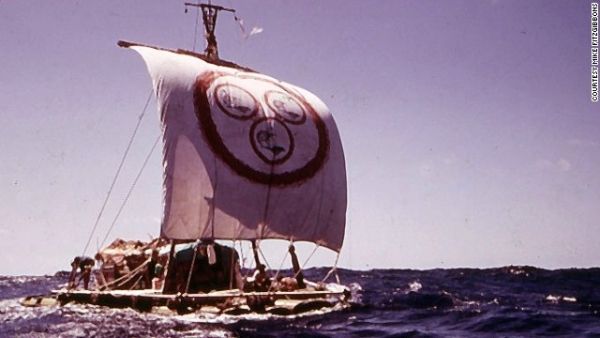 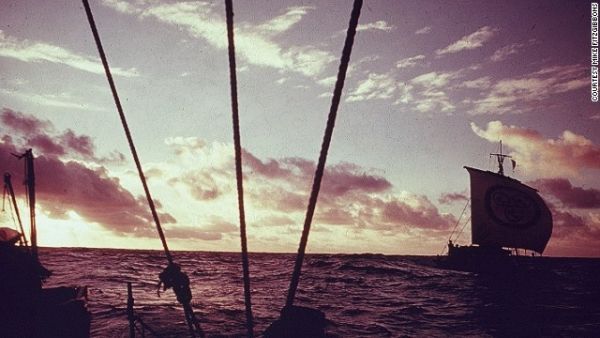 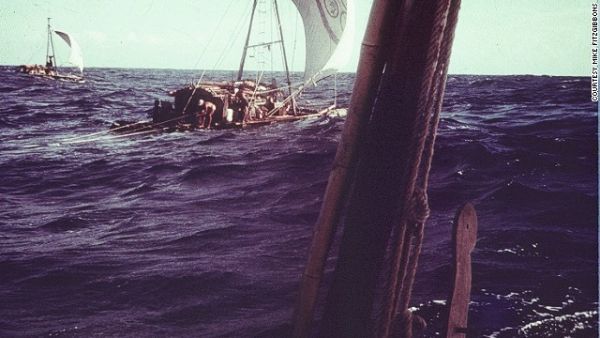 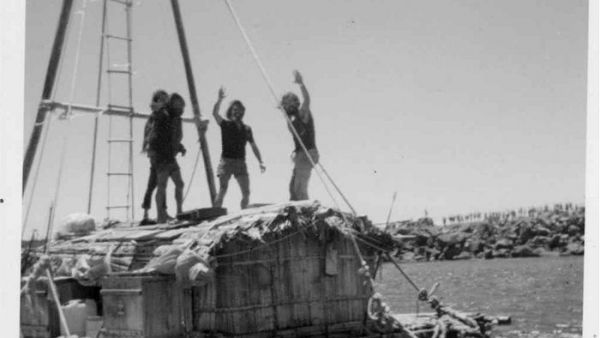 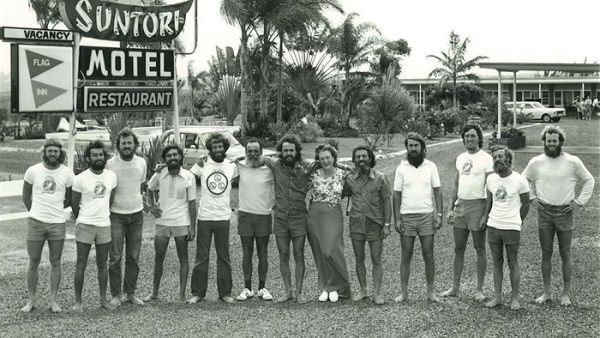 In 1977, Vital Alsar built 3 brigs in Guayaquil and carried out the Francisco de Orellana route in reverse, navigating the Amazon river and the Atlantic Ocean, 11,000 nautical miles, until reaching Santander. The odyssey was full of obstacles that finally failed to undermine the expedition. The brigs can be seen in the Magdalena Palace in Santander. 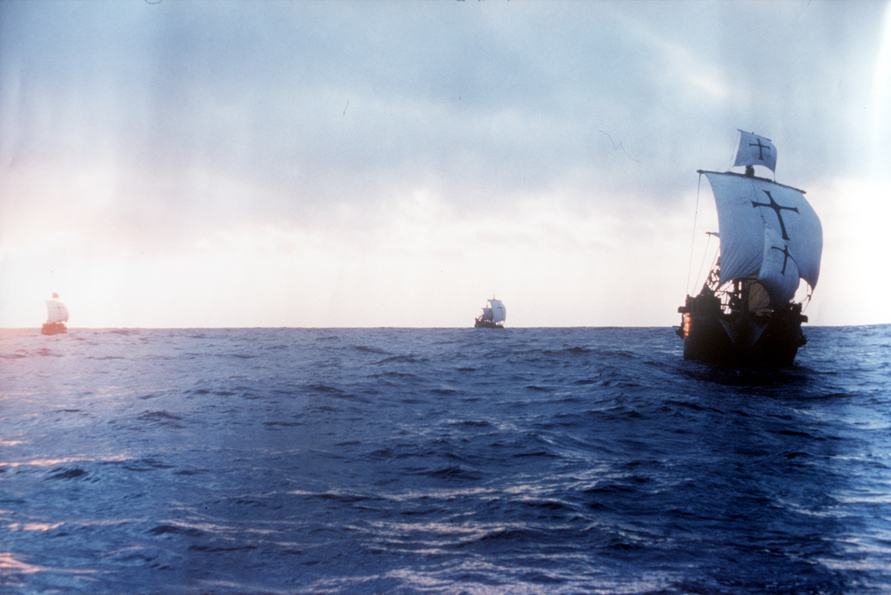 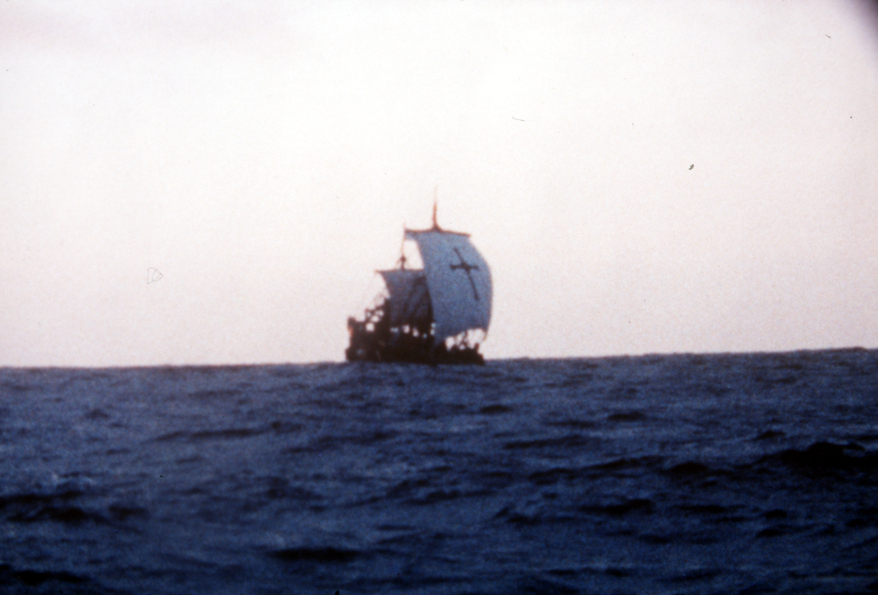 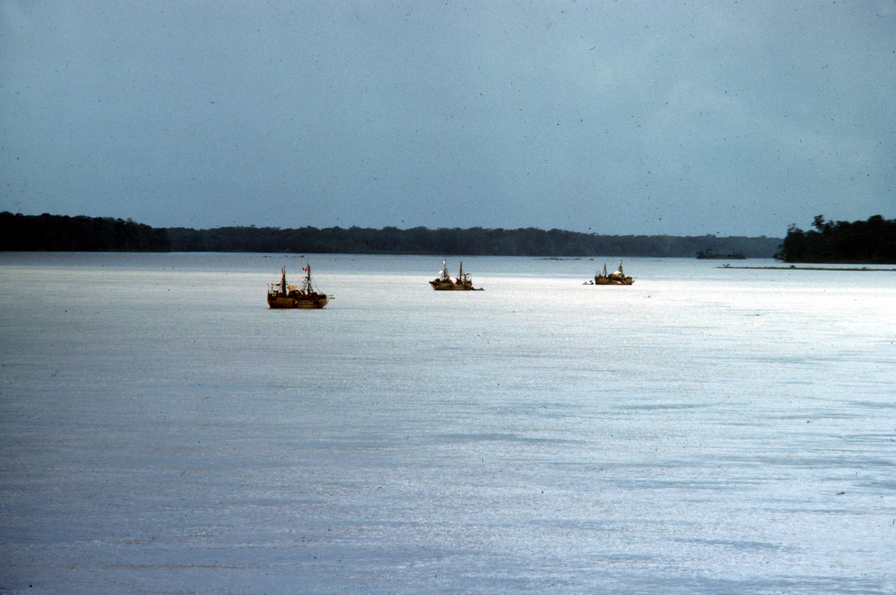 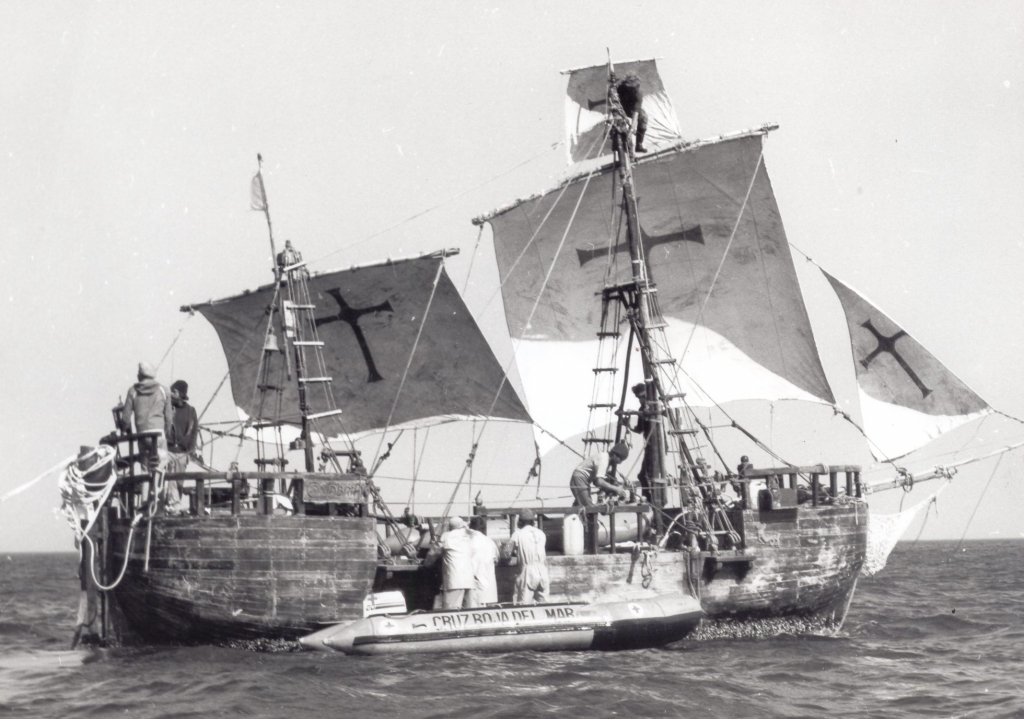 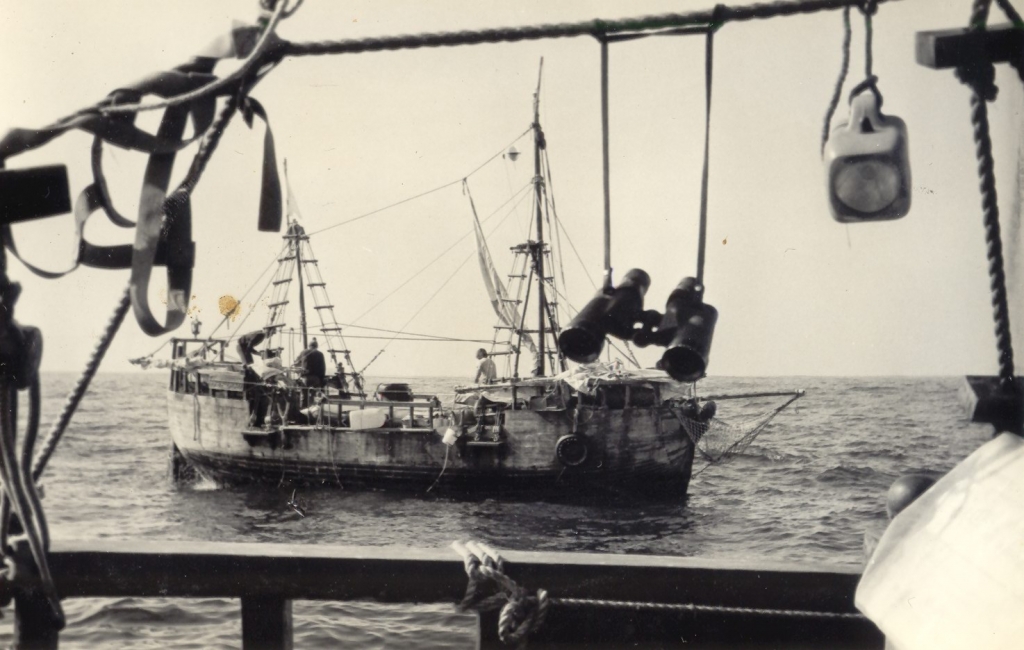 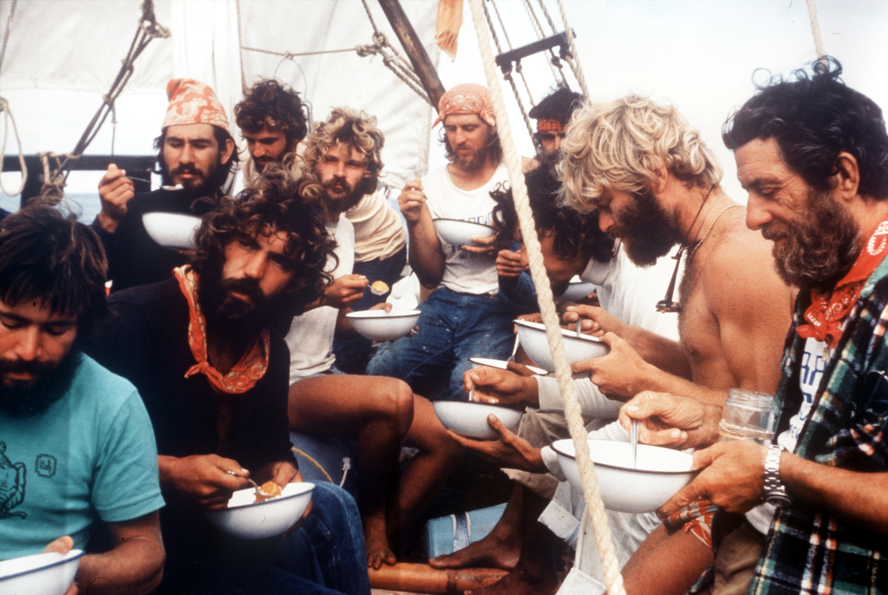 On September 26, 1987, the Marigalante ship left the shipyards of the port of Alvarado (Mexico) to return to Spain loaded with dreams on an expedition called Mar, Hombre y Paz “Sea, man and peace.”

Vital had the idea of ​​continuing “After the Star of the Great Navigators” and building a ship that would be the exact replica of the Santa Maria, Christopher Columbus’s captainship, or Marigalante, the name as many sailors knew it 500 years before this journey. His tribute to the Cantabrian expeditionary and owner of the Santa Maria the cartographer and author of the first world map, the Cantabrian Juan De la Cosa would have surely celebrated the return of the ship to his town of origin. 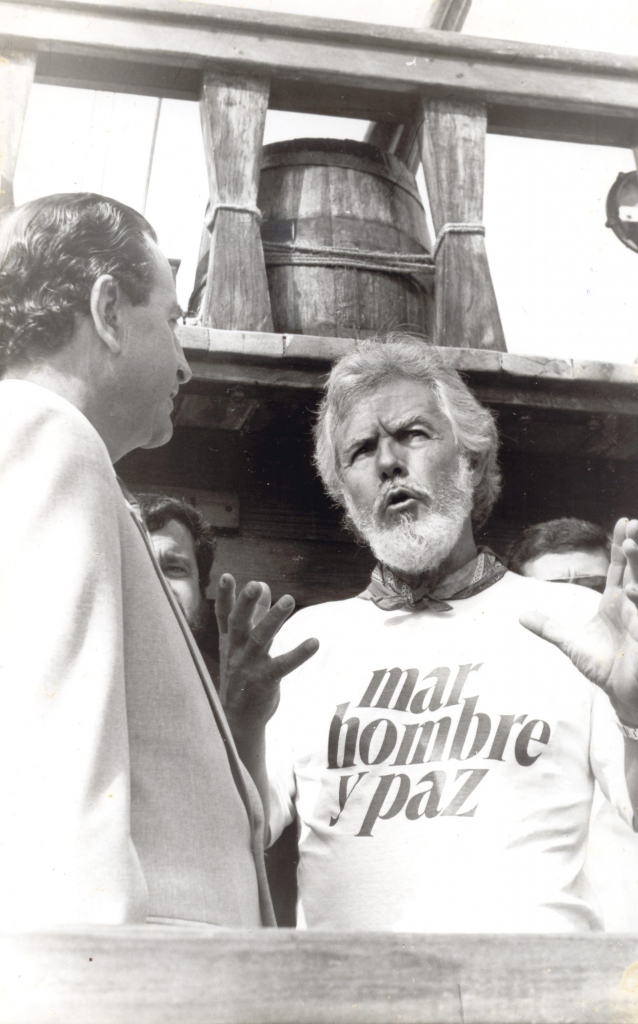 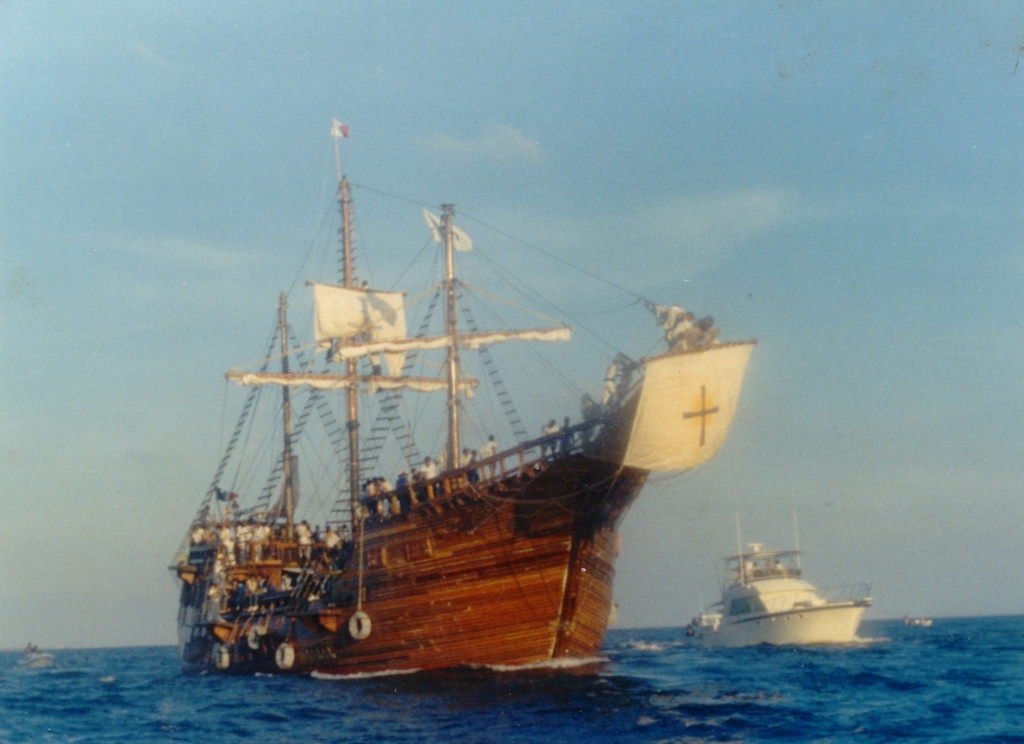 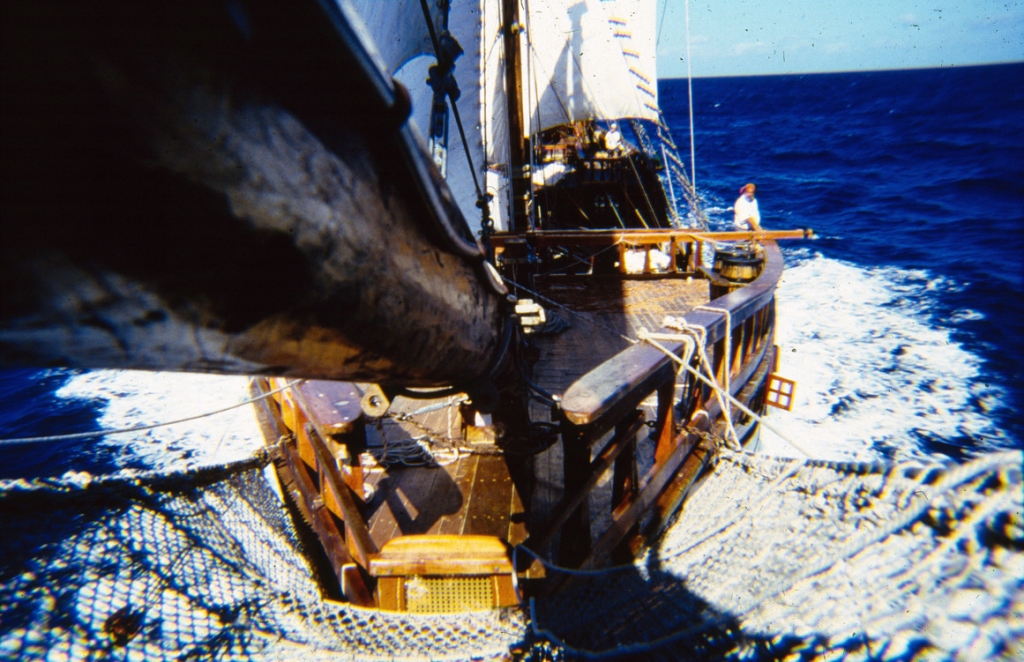 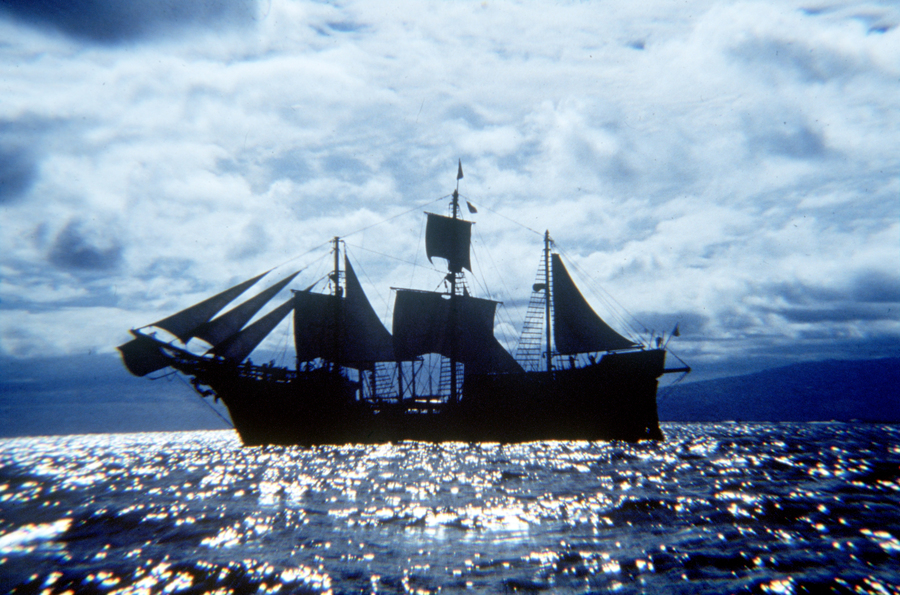 The last and most recent expedition was “Zamná”, which departed from the island of Cozumel (Mexico) to Greece and returned to Mexico stopping over many American, European and North African ports. The tour was carried out between 2009-2010 aboard the trimaran built by hand in the port of Alvarado and named Zamná, the Mayan god of knowledge. The expedition was called “El Niño, La Mar and La Paz” and consisted of twinning of two of the oldest civilizations in the world, the Mayan and the Greek, represented by the message of peace carried by a Mayan boy, who accompanied by his father and twelve other crew members traveled to different countries of the world carrying such an emotional message of peace. 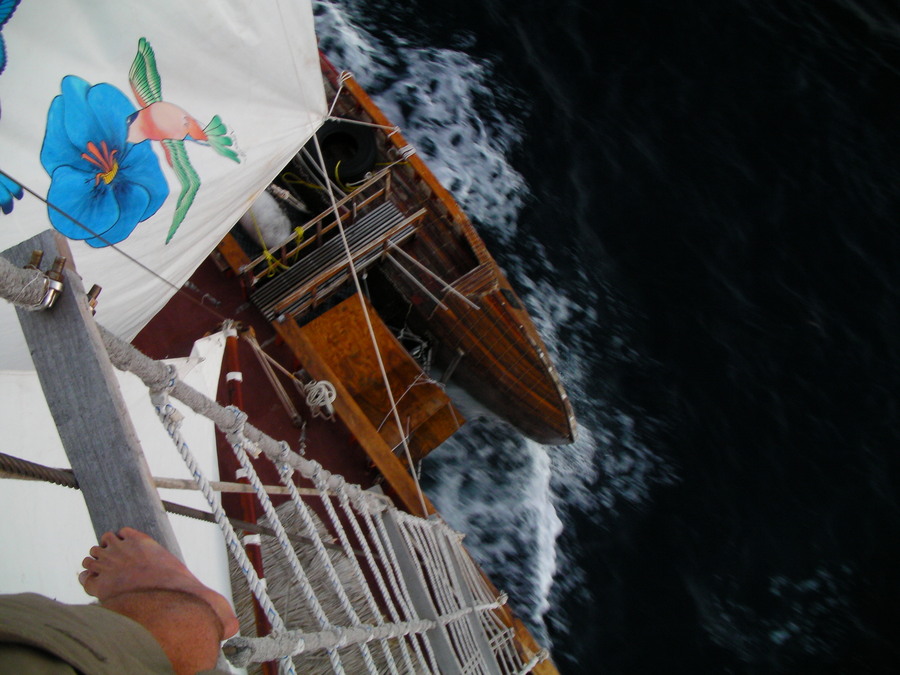 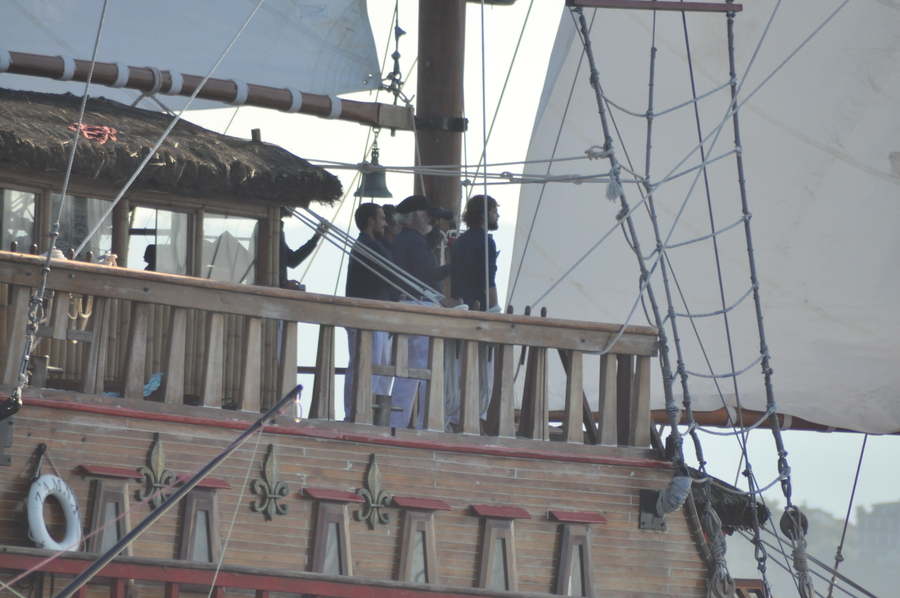 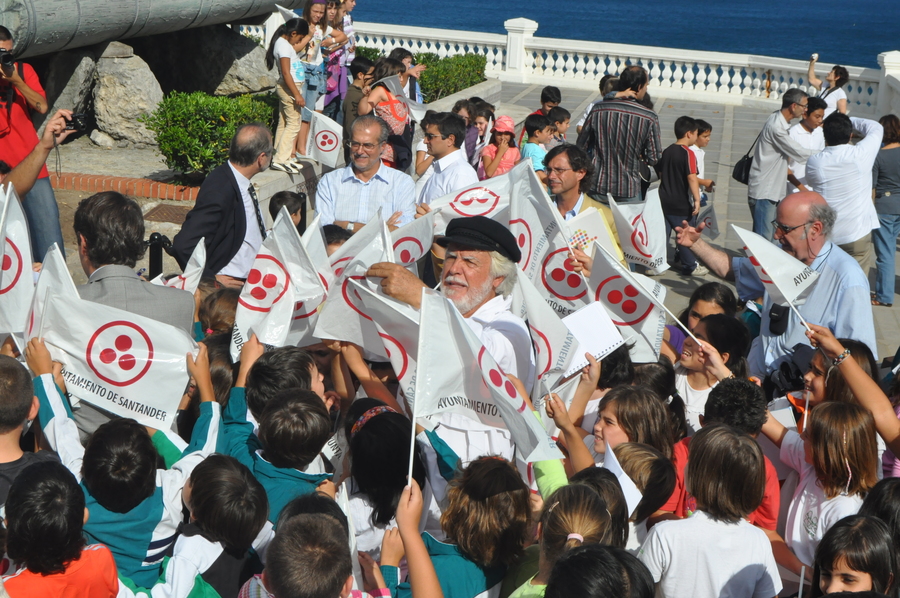 Throughout his life, Vital has received multiple awards and accolades. Recognitions among which are the Golden Dolphin, designed by Dalí and shared with Philippe Cousteau, the first international prize for Ecology, awarded by “Adena International”, the Prize of the Spanish Geography Society, etc 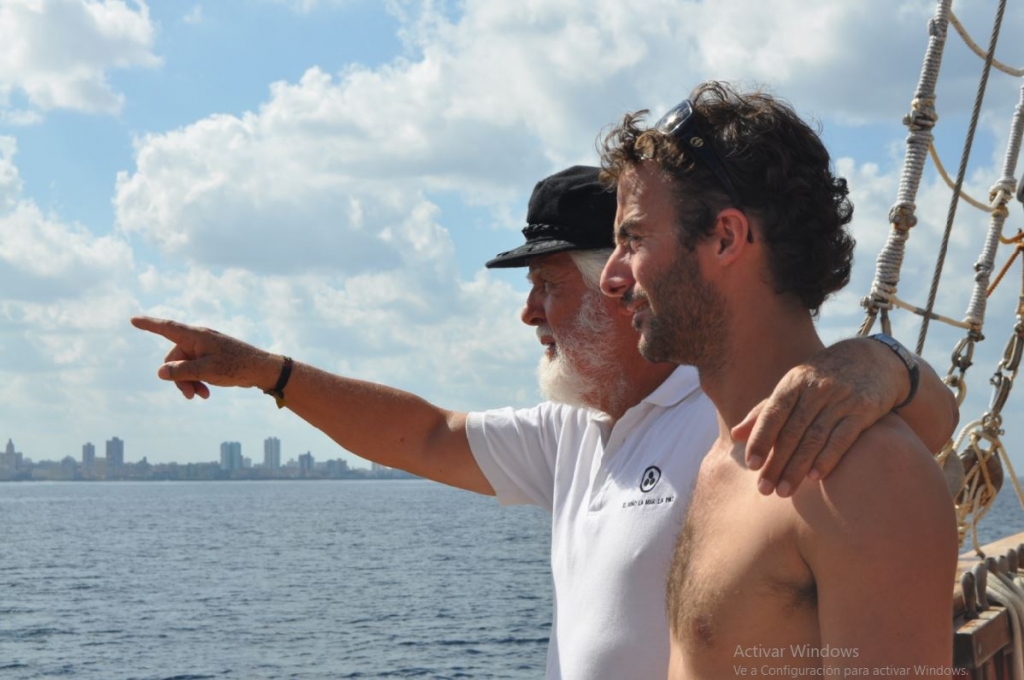 Source of inspiration, marine knowledge, great values, of ocean literacy, and an essential figure of our times, it has been a true honor to have Vital as a friend and an Ocean Ambassador for Surf & Nature Alliance for years. 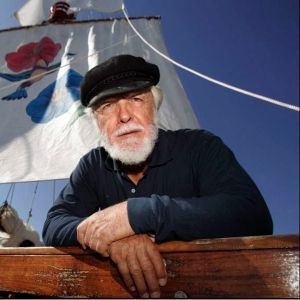