Wade Koniakowsky, one of the nation’s leading ocean-inspired artists in USA, began painting at the age of six and started surfing before he was 12. By blending these two passions, he has gained worldwide recognition for his oil paintings of tropical interpretations. Wade’s work is currently showcased internationally as well as in 17 galleries extending from the East Coast to Hawaii.

The artist’s work has been featured in numerous publications including Graphis, Art Direction, Communication Arts, and Print. He has created art for the Rabbit Kekai World Long board Contest, Duke’s Oceanfest, the Women’s World Long board contest and the Molokai to Oahu World Paddleboard Championships.

Wade’s signature paintings can be seen in movies, television shows and international surf competitions such as The North Shore Vans Triple Crown, and most recently the 2018 Vans Triple Crown of Surfing. Wade has been a regular contributor of art for ROXY sponsored events. Additionally, his designs currently adorn the custom surfboards that decorate Billabong stores nationwide.

Collectors of Wade’s art include such notables as Joey Cabell, Dick Brewer, SuperBowl champ Troy Polamalu of the Pittsburgh Steelers who has over 2 dozen of Wade’s pieces, and Duke’s Restaurants (California and Hawaii).

With a formal background in advertising, Wade has served as Creative Director on campaigns for such Fortune 500 brands as Reebok, Microsoft and IBM. This 25-year commitment to the advertising industry led to more than 300 creative awards including recognition by the New York Art Director’s Club and the Los Angeles Advertising Club.

Wade is owner of the Ocean Art Gallery in the Solana Beach Cedros Design District. 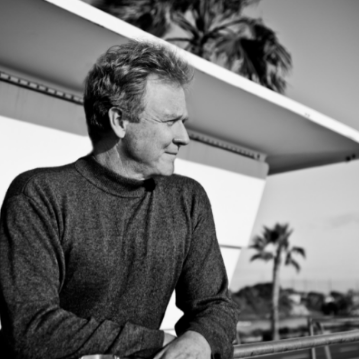