Our heart has started to beat strongly in Galicia.

Galicia Calidade surely defines the beauty of the 1,498 km of Galician coastline. Dotted with idyllic places where you can get lost or find yourself, and marvelous people deeply connected to the ocean, the Galician coast has pristine corners, wild beaches and several natural parks that highlight their natural heritage. Galicia region has numerous treasures in the form of waves, which are also a socio-economic, sportive and cultural resource for local communities, but currently, as in most of the world, many of them are threatened and not adequately valued, managed or conserved.

A few years ago, the Surf & Nature Alliance began the National Plan for the Protection of Surf Breakers, promoting the creation of the first Surf Reserves in Spain, and finding legal protection for the first time to a European World-Class Surfbreak such as Mundaka. Galicia was one of the obligatory stops.

In 2017, the first conversations with some of the main Galician actors began. It was a pleasant surprise to know their concerns and trajectory in the conservation of the marine environment and the coast. Even at that time, they were considering entering the World Surf Reserves program of another NGO, as they were unaware of our existence. Despite the closeness this has always been something usual, because until recently we have not begun to disclose our work.

The reading of the Manifesto for the Protection of the Waves must have gone deeper than the Galician rain itself. And the need to find a legal framework with which to protect the surfers in the long term was gradually creating a twinning, which last week ended up materializing in a formal agreement between the Surf and Nature Alliance and the Oceano Surf Club.

Oceano, as they affectionately call themselves in the legendary and pioneering Galician surf club, has been responsible for the organization of the Pantin Classic WSL World Surf League contest during its first 20 years of history. Also the promoter of the first Surf Museum of Spain in Valdoviño. After 32 years of existence, it has a long journey disseminating and transmitting values, carrying out small actions such as beach cleanups or helping to alleviate environmental catastrophes such as the Prestige.

This Galician surf culture club has several illustrious surfers as the pioneer and mayor of Ferrol Vicente Irisarri, or the versatile humanist engineer (as Vicente defines him) Jesús Busto. Both aligned with the values of the Surf and Nature Alliance, and in the representation of the Oceano Surf Club they joined our commitment to the conservation of waves, surf spaces, and beaches, to reach specific and important goals in Galicia, starting with the coast Ferrolterra.

The same day we signed the Collaboration Agreement, Juanjo and I had the pleasure of being interviewed in the radio program by Vicente Irisarri. Throughout the program, we summarized our trajectory and celebrated life to our ocean and Galician waves, beaches and coasts.

(Interview is in Spanish) 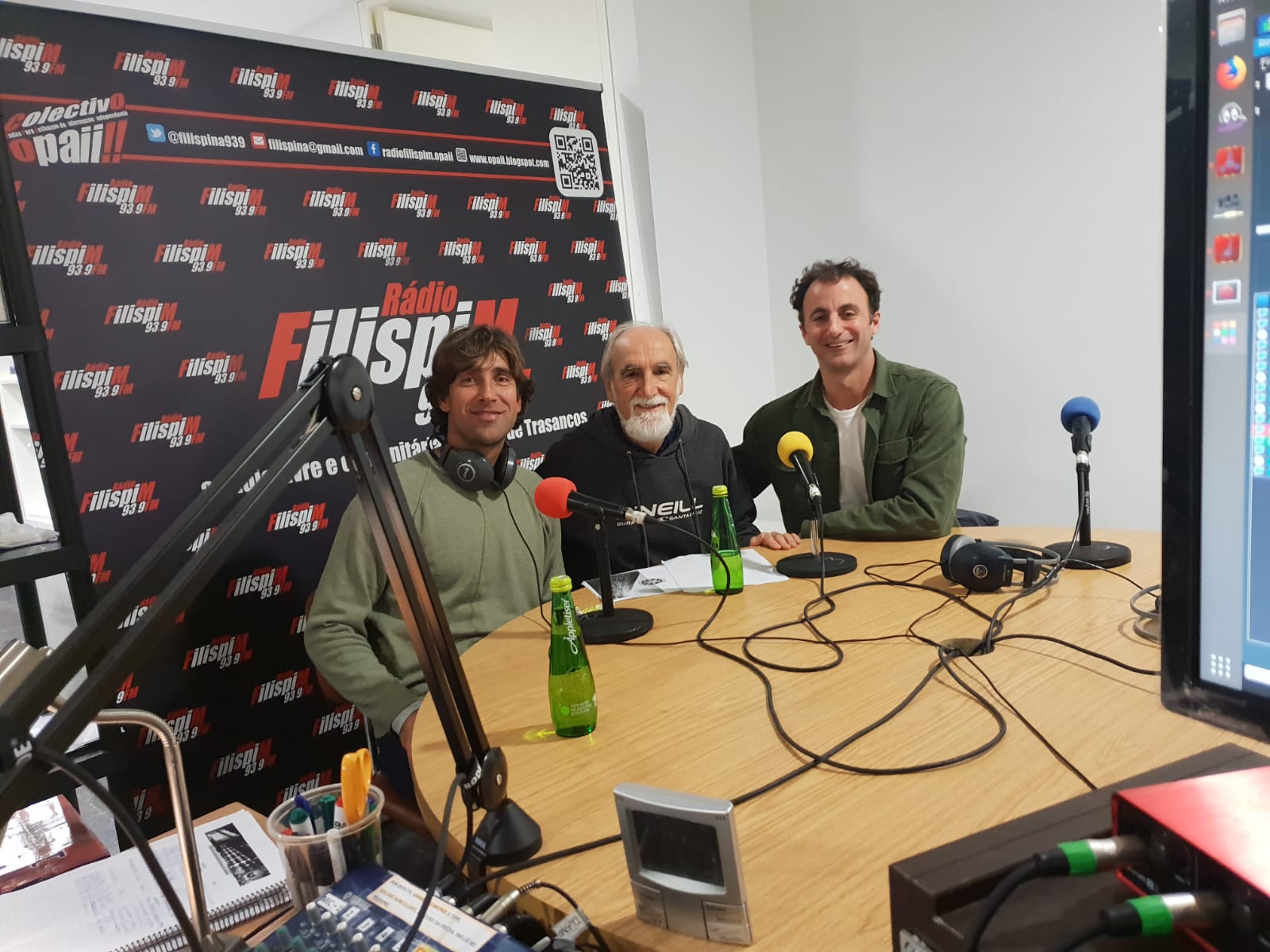 Help us to protect more and proactively preserve the marine environment and amazing surf spaces around the world.