From Salinas with love

FROM SALINAS WITH LOVE.

Castrillón council calls Salinas the “Surf City”, because this place is more than a summer destination with good cider and great gastronomy. Although the industrialization of the area, the spills to the nearby estuary, plastic waste, and pollution are constant threats to its environment, the surf surrendered to its constant swells, beautiful beach, and the proximity to three of the main Asturian cities. Asturias is a region with 354 km of amazing coastline, pristine areas, rich hydrodiversity, and great surfbreaks. Salinas quickly became a magnet for tourism during the summer season and an essential stopover for surfers all year round. 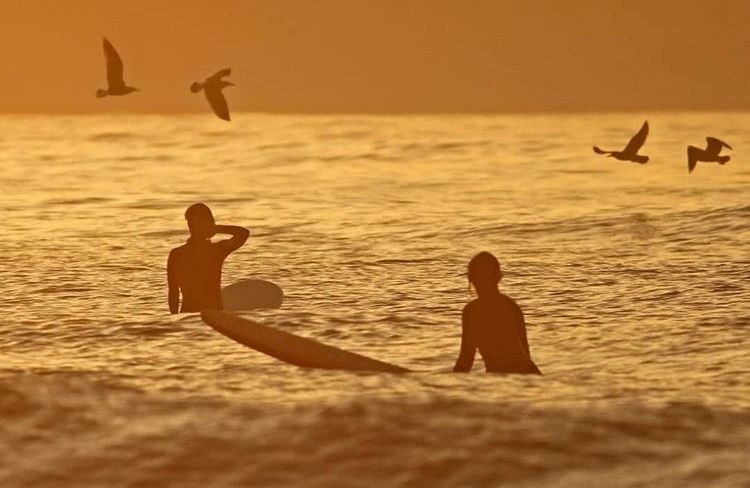 Surfing festivals put Salinas on the map, and their cultural offer grew exponentially, a calling effect that brings together thousands of people wanting to enjoy good surfing throughout the year. 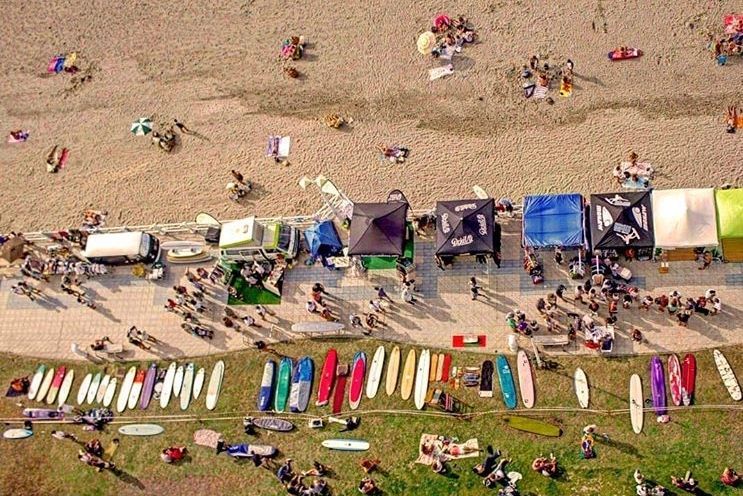 The past two weeks, the beach and seafront hosted two of the greatest surfing festivals in Spain. The first one to be held was the legendary Salinas Longboard Festival in its XV edition. 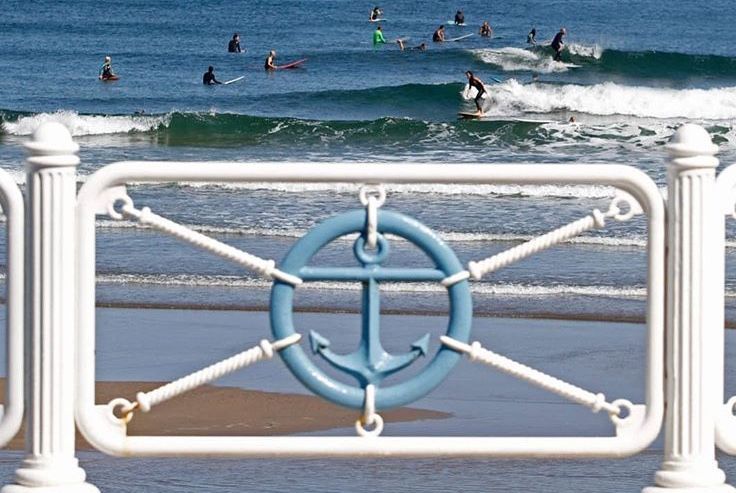 Surf became part of the identity of Salinas. Photo Sidrísima

Longboarders from different corners of the planet gathered for the occasion, and we took the opportunity to present our conservation programs, attend the media, test Stefan Weckert eco-surfboards, celebrate our passion for surf culture in improvized jam-sessions at the Retrobus, and enjoy watching to our colleague Nienke Duinmeijer, coordinator of Surf Reserves in the Netherlands, climbing up to the top of the podium to take the first prize to Holland. 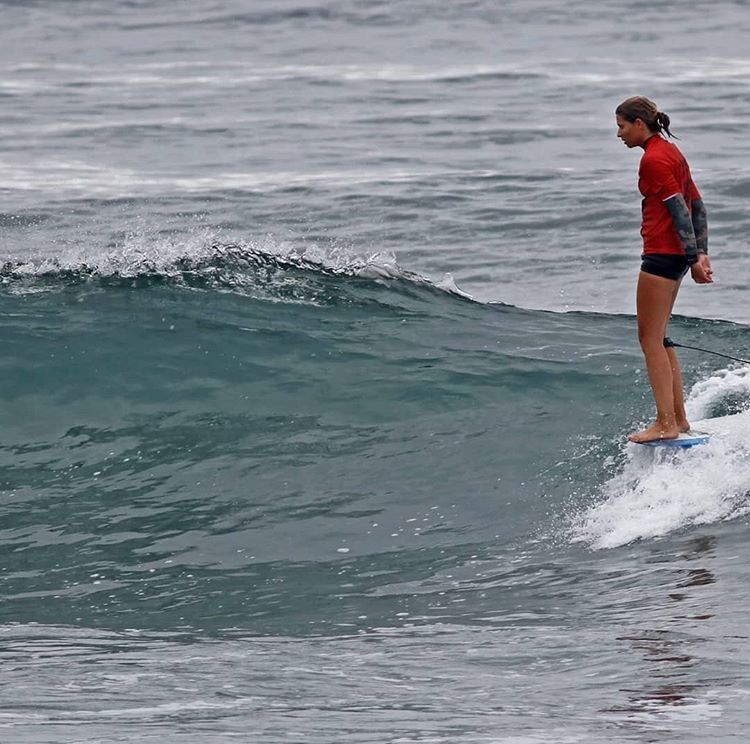 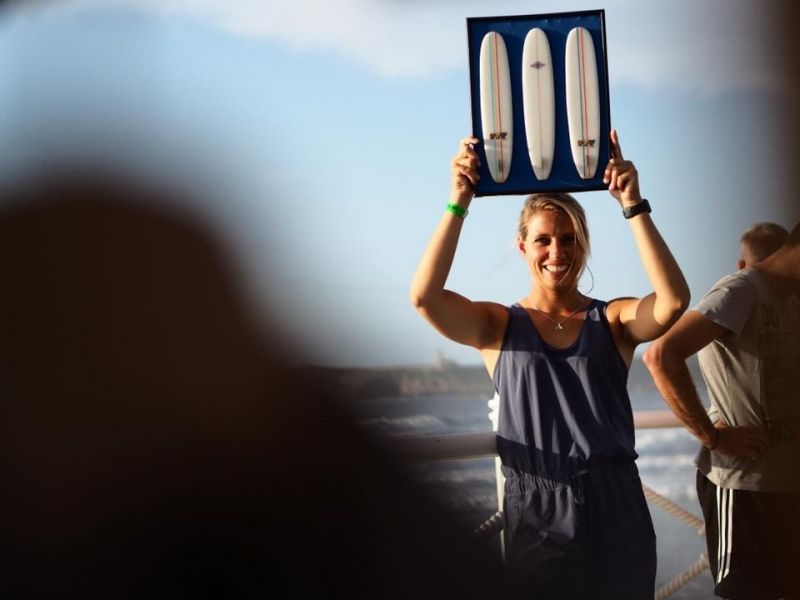 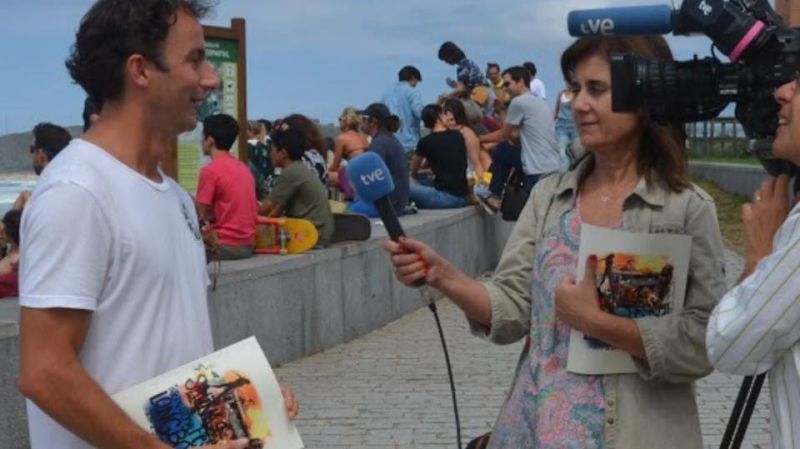 The following week, several members of the Surf and Nature Alliance participated in the seventh edition of “Surf, Music & Friends“. A surf and watermen festival with an extensive cultural program and different environmental activities. Dr. Laura Miralles, Marine Biologist and member of our Scientific Committee, coordinated the Aula del Mar, one of the festival’s highlights. 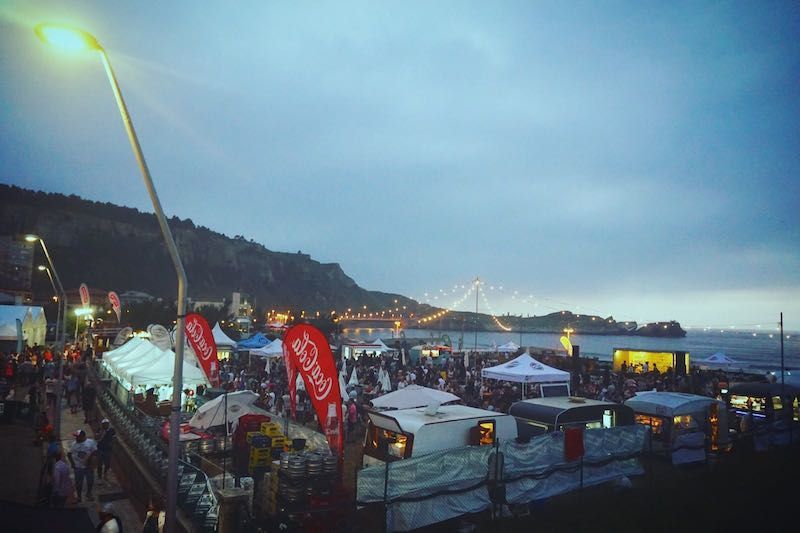 While cofounder Dr. Juanjo González Trueba contributed the worldview of surfing from the academic and scientific field, presenting for the first time the Manifesto for the Protection of Waves, a document that collects the values, principles, and value of the surfbreaks as heritage, translated into several languages. Javier Cantera, also a co-founder, joined to present the programs that Surf & Nature Alliance is developing in Europe and America for the protection and conservation of oceans, coastlines, and particularly surfbreaks.

If there was someone with the capacity to surprise the audience, that was Dr. Luz Mar González-Arias explaining the new developments and advances in our Surf Studies and the latest topics and publications in which she has been working. Innovative and interesting fields such as the blue economies, circular economy, gender equality in surfing, among other cultural aspects.

The presentations raised awareness and disseminated our values and message to the audience. We brought the experiences of our expeditions, cultural studies, cooperation projects, and marine conservation programs, and we had good feed-back of the impact generated to many people. 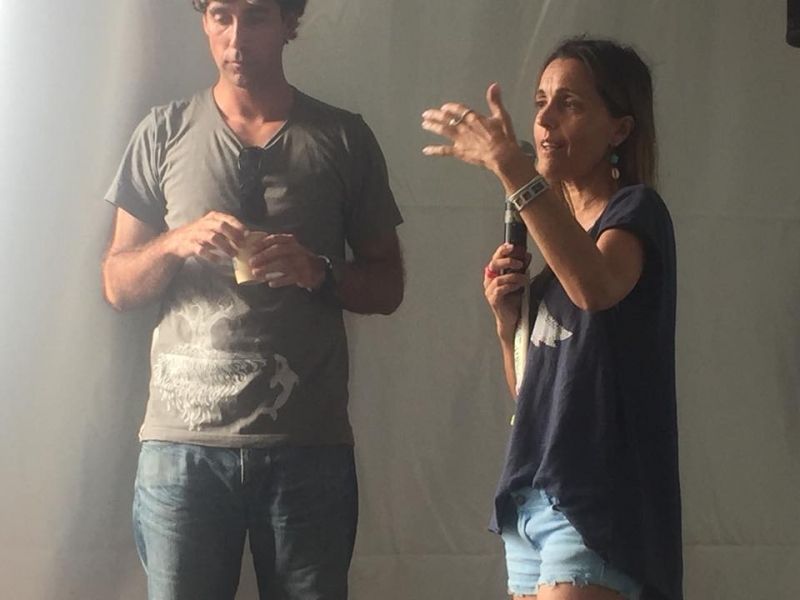 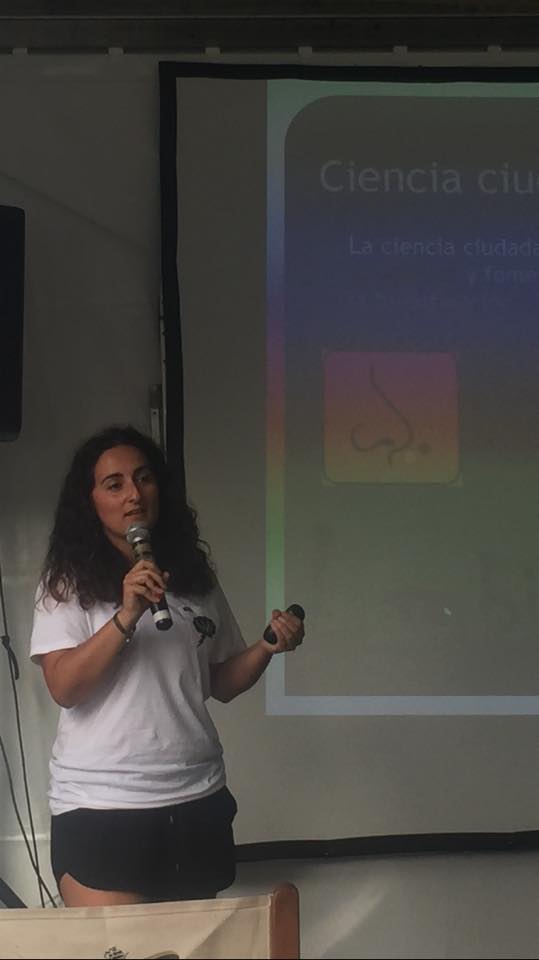 At this critical moment for the world’s environment, and the urgent need to accelerate the transition to a green economy, the speakers highlighted the need to promote new models of sustainable development in our society, and exemplified it with actions carried out through the program Surfstainability, with which our organization is contributing to inspire and develop new sustainable and environmentally friendly approaches for coastal development, tourism, and industry.

A small visual exsample of this commitment to the surf industry was evidenced by Raúl García, member of the SNA and one of the great exponents of surfing in Spain. He coordinated for 4 days the live construction of surfboards by several shapers from all over the country. Some like Cantabrian’s Roberto Sánchez (AKA Kinich Ahau), member of our Surfstainability Committee, or others like the Asturian Javier Álvarez González, shaped ecological surfboards built with only wood, recycled foams, and ecological resins. 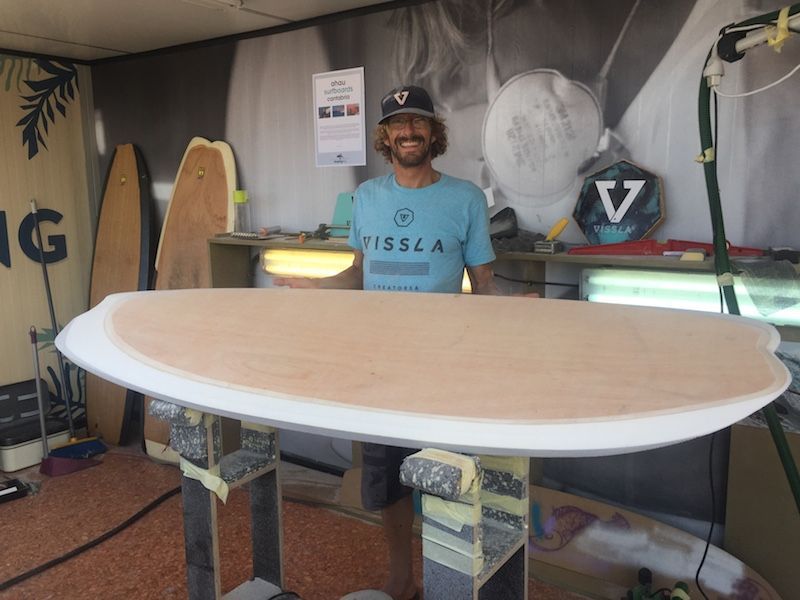 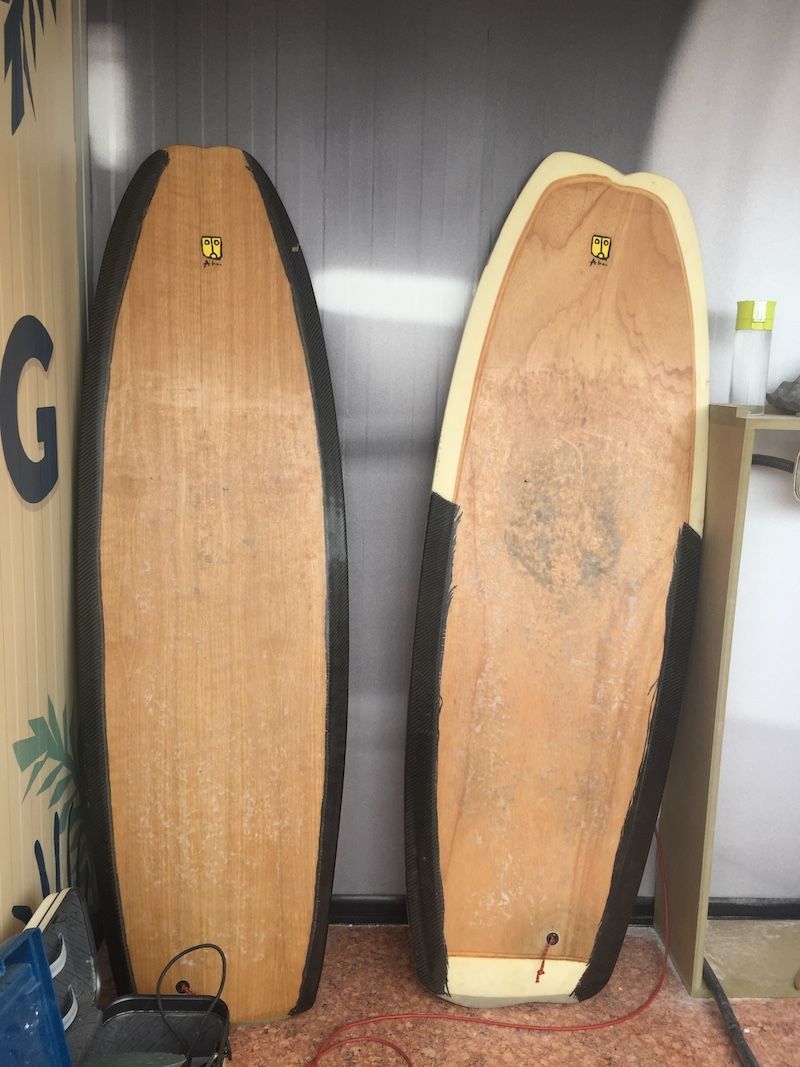 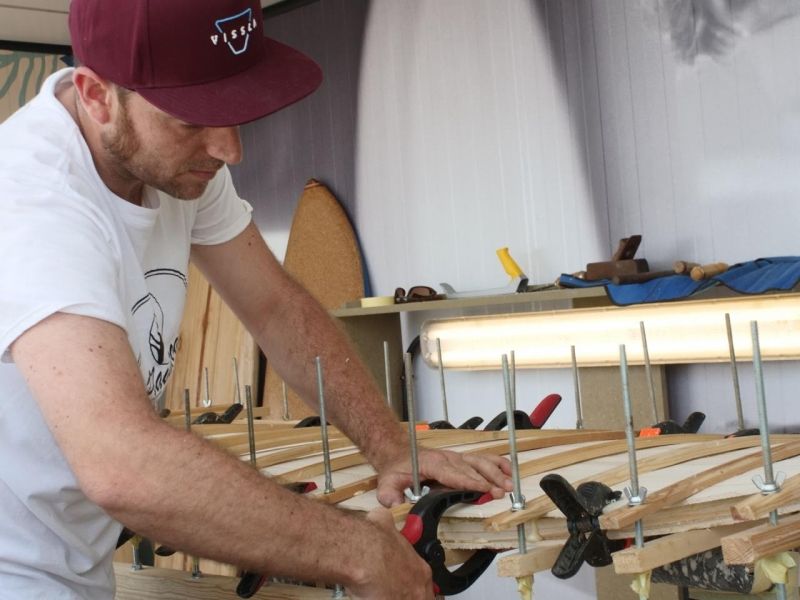 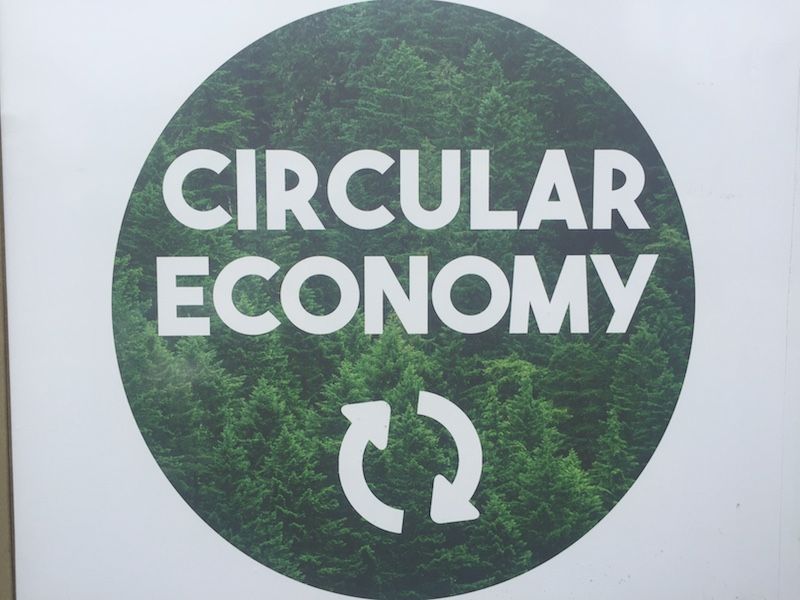 Likewise, the hands-on grassroots work on the beach led by Dr. Laura Miralles, had a great impact on the general public. The coordination of beach cleanups, classification and monitoring of debris and plastic waste, workshops and educational activities involved volunteers from different non-profits and citizens of all ages. 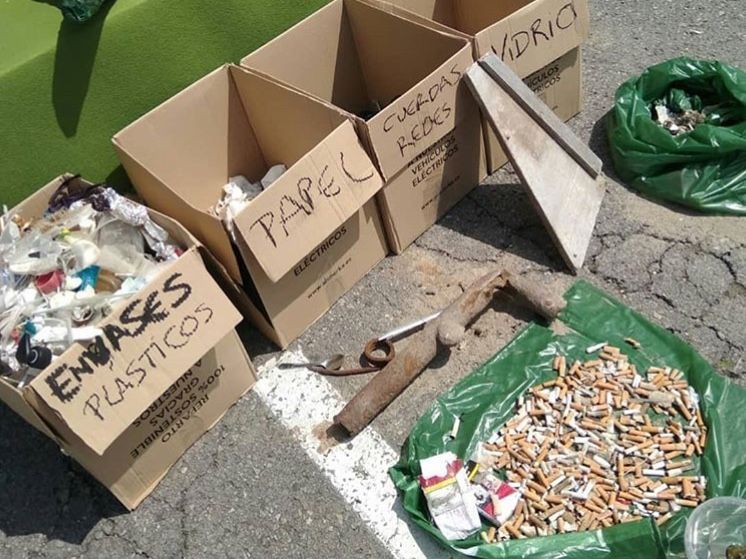 If each cigarette butt contaminates 50 liters of water and takes to degrade up to 10 years, each plastic will last between 100 and 1000 years. Collect, classify and recycle, are necessary actions to raise awareness and evidence a reality that should draw the colors to thousands of citizens and their political representatives. It is time for a radical change of consumption habits, efficient management of waste and an adequate protection of our coastal heritage. Photo: Laura Miralles. 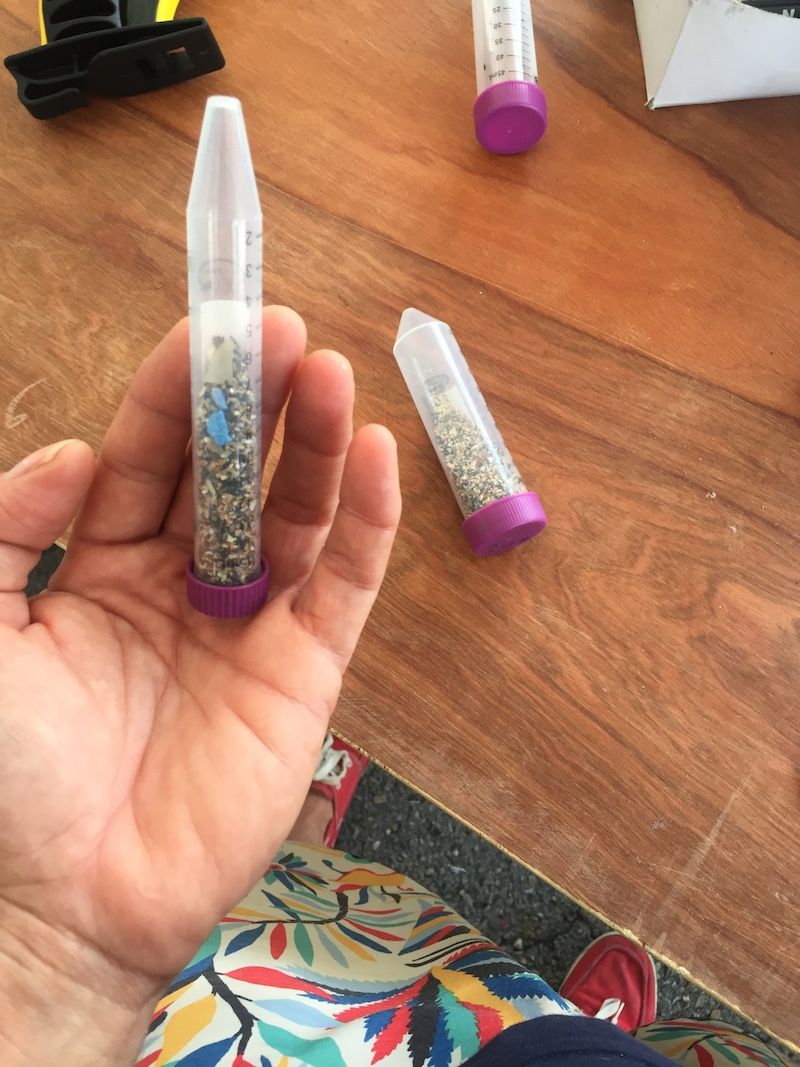 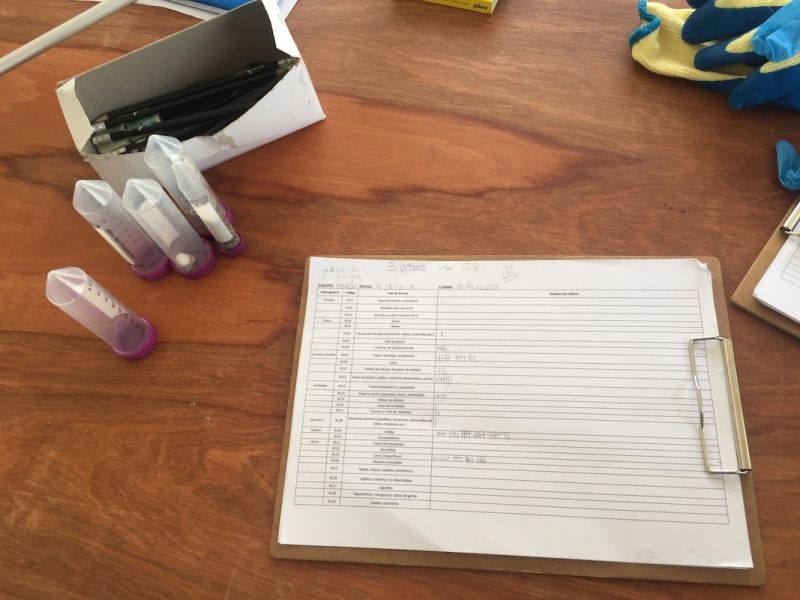 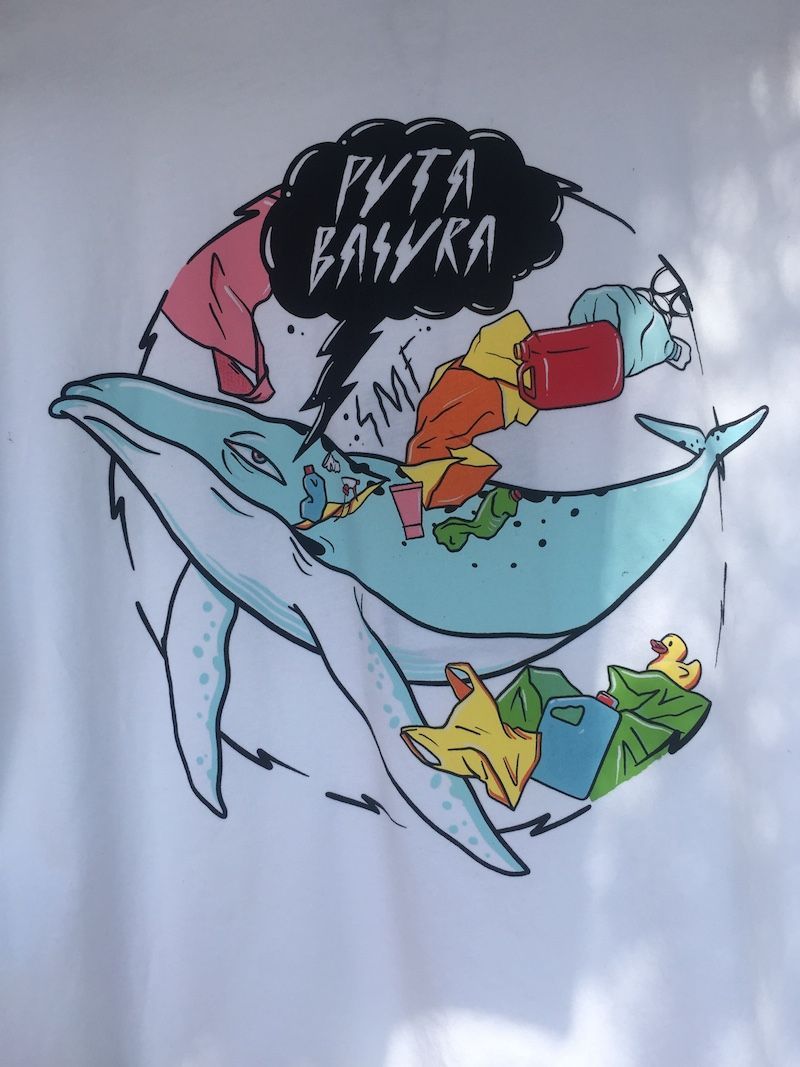 Special thanks to Carlos Meana, organizer of Surf Music & Friends, and Pepe Hevia organizer of the Salinas Longboard Festival, and their respective crews. It has been a pleasure to generate a positive impact and contributing our bit to raise awareness, as well as highlighting the problems that we are facing. It is not often that we bring our day-to-day work to the general public, and show the media that surfing is a lot more than a sport. 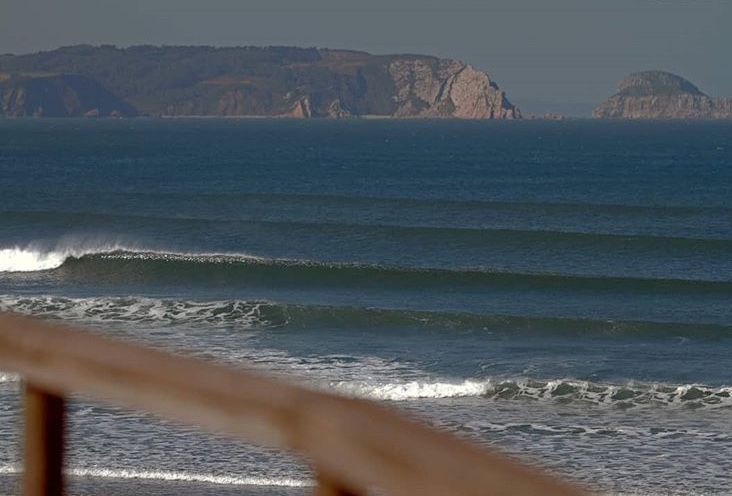 Thank you for reading down to here. We’d love to welcome you onboard. We need committed supporters and contributors. It’s time to take action and protect the oceans and the coastlines you love.

JOIN US OR DONATE TODAY